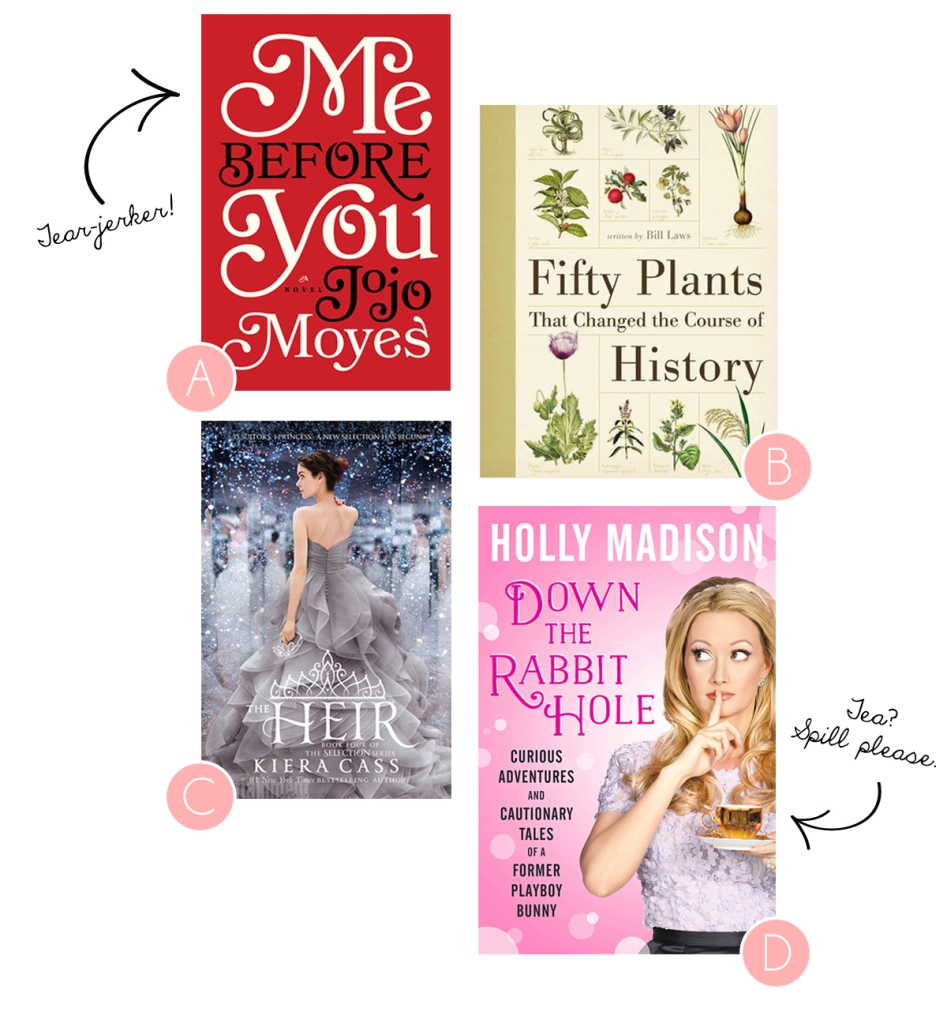 This summer, I spent every weekend at the pool (and even played hookie a few days from work to have the diving board to myself). Needless to say, I had some time to get some solid reading in. There’s still a few more weeks of tan lines to be had, so before you hang up that bikini, grab one of these great books for a lazy weekend read:

A | Me Before You

You may have seen girls nationwide openly weeping on public transportation with their nose in this distinctive red book (or you ride the S-line in DC and saw me), but I cannot recommend this enough. A friend tricked me into reading it, and I’m not even mad! A young woman, desperate for a job, takes a position as the companion to a mean and suicidal quadriplegic (can you guess if they fall in love?!). A slow start, but quickly picks up and flourishes into a unique love story that you’ll be anxious to complete. The book also bravely explores euthanasia, giving both sides in the “right to die” argument a chance to plead their case. Me Before You is a must for your reading list, if only to know the story before the movie version ruins it.

B | Fifty plants that changed the course of history

Did you know that the fern has been on this planet for 350 million years? Or that pineapples are a global symbol of hospitality (and were grown in manure troughs in non-tropical climates for King Charles II)? This delightful collection explores history’s most influential plants on human civilization, offering the history, the power, the healing and commercial properties of plant life, from cocao to coconuts, from tulips to tea. As a person who loves tidbits, I soaked up this book like a sponge and enjoyed learning more about our world in a way that makes me truly appreciate that bamboo exists. And someday when Alex Trebec says to me, “Marco Polo has been credited for first introducing this exotic plant to Venice from Sumatra in the 13th century,” I will answer, “What is Coffea arabica?”

Let me preface this by saying that… I love young adult fiction. I do. I really do. And ever since I finished Mocking Jay, there has been a Katniss-shaped hole in my heart that I try to fill with the teenie bopper dystopian trilogy du jour. It may be juvenile, but it keeps me off my phone and Harry Potter can stimulate the motor cortex just as well as Lolita.

Let’s back up: this story actually begins three books ago, where we meet America Singer, a lower-caste girl living in a country where the crowned prince finds a wife through a selection/game-show process (think Hunger Games meets The Bachelor). America is forced to participate in the Selection, but pines for the boy next door she loves while hating the prince she could end up marrying. I won’t give any spoilers, but I was obsessed for those two weeks where I read the series.

Cut to 2o15: I’m perusing this author’s web site to see any upcoming work she may have, and this sneaky little B revived the story in the fourth installment, The Heir! I checked it out from the library immediately, and canceled all my plans that weekend. In this book, we met America’s daughter 20 years later, and follow Eadlyn on her own journey through the Selection process. She’s grown up hearing her parent’s love story, but as a strong, independent, Queen-to-be, she isn’t quite sure happily ever after is in the cards for her. An enchanting story awaits you, if you’re able to pry a copy from the clutches of 14-year-olds in your neighborhood.

D | Down the rabbit hole

To know me is to know I’m a long-time Kardashian apologist. But before I was Keeping Up, I was a loyal fan of The Girls Next Door. I loved getting to see the day-to-day life of the Playboy Mansion, but I, like the rest of the world, knew there was more to the story. Of Hef’s three blonde girlfriends, Holly, his former No. 1 girlfriend, was the most fascinating, as she proudly proclaimed her love for a man 60 years her senior without a single flinch. But a few years post-breakup and a jilted Holly leaves no question unasked in this oh-so-juicy tell-all of Mansion shenanigans.

Full disclosure: this is not an easy read, per se. Her vocabulary is simple and every page starts with some form of “here’s the real story…” (I commend her on not using a ghost writer, though). But even if you weren’t a fan of the show, Holly’s recollection of behind-the-glamour façade is very Marilyn Monroe-esque, and is gentle reminder of what happens when you lose yourself and give control of your life to another person. I couldn’t help but feel incredibly sad as she describes the controlling and oftentimes abusive life as a Playboy bunny (in-between her throwing major shade Kendra’s way, of course). It’s an honest exposition and thoughtful memoir. I only wish she would have given more explanation in the choice to name her daughter, “Rainbow.” I guess somethings are just left to the imagination. 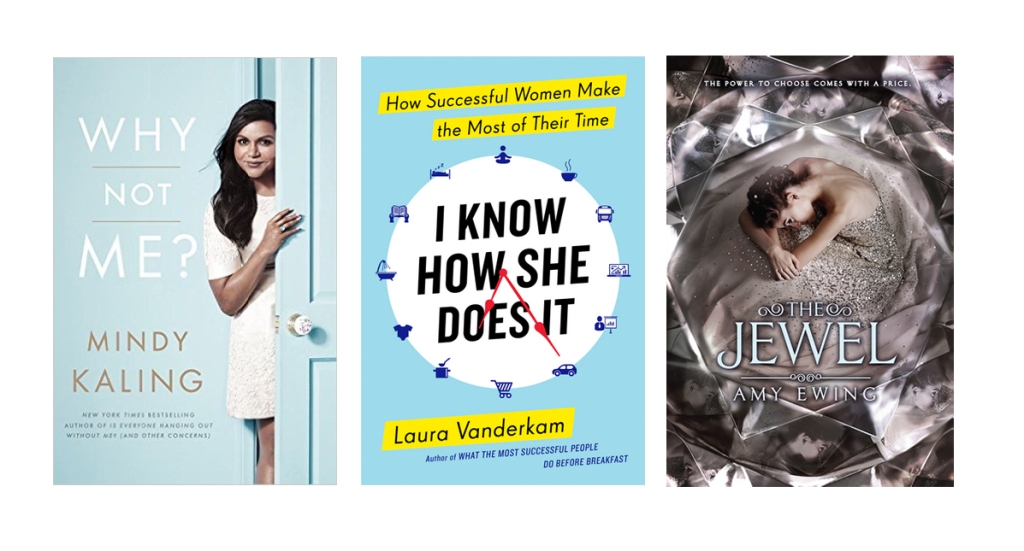 One thought on “Summer Reads for the End of Summer”